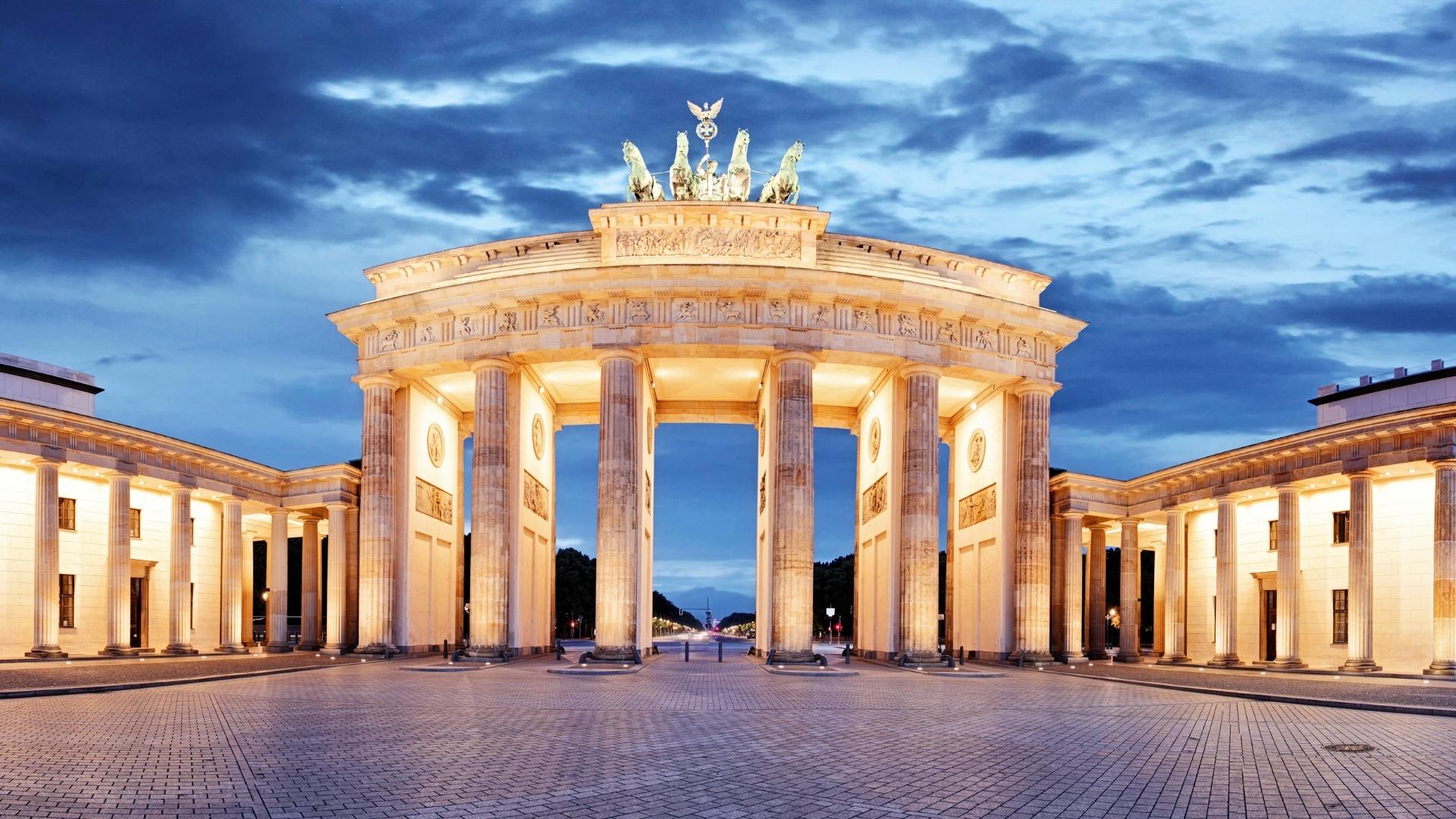 Every day, Germany grows in popularity among overseas students. I mean, what’s the worst that could happen? It has a well-developed educational system, some of the world’s most prominent institutions, and tuition prices that are minimal to non-existent. A student’s dream has come true right now! According to the most recent figures, over 350,000 international students are studying in Germany, and this number is continually growing.

We ensure that you are informed of all of your possibilities and guided through the process by linking you with top-ranked institutions and schools tailored to your specific educational objectives. Because public universities in Germany do not charge tuition, anybody may study there. You may check for free in Germany, and we can help you get into your desired Bachelor’s or Master’s degree program. Depending on your interests and aspirations, you may get a Bachelor’s or Master’s degree in biology, business, cinema studies, or psychology.

Academic and employer reputation, faculty/student ratio, citations per faculty, international faculty ratio, and international student ratio are the six criteria used to rank the institutions. In the methodology section, you may learn more about how institutions are organised throughout the globe.

Due to its world-class educational institutions, a diverse range of English-language learning opportunities, particularly at the postgraduate level, and the absence of tuition fees at public universities, Germany is the ideal destination for many international students wishing to further their academic interests while studying abroad. In addition to these and other considerations, Germany attracts roughly 100,000 students from all over the world each year who choose to continue their university education here.

According to a new ICEF survey, German students are thrilled with their education. When it comes to student happiness, Germany is recognized as the best country globally. According to the same research, 83 percent of students choose to study in Germany because of the possible career opportunities that the government may provide them. The number of international students enrolling in German universities is around 350,000 individuals. The upshot is that it is one of the most popular study destinations in Europe for a large number of students, and maybe the whole world.

The institution in the city that hosts one of Germany’s most meaningful events, Karneval, comes in tenth place on the list. The laid-back attitude of the locals, as well as the city’s proximity to other major European cities (it is a short train journey from Amsterdam, Brussels, and Paris), make it a popular choice for international students to live and study.

Students may pick from approximately 300 topic and teaching degree combinations on the UoC’s curriculum, which presently includes roughly 100 quality-assured degree programs (Ger.). The Model Accreditation (Modellakkreditierung) process for bachelor’s and master’s programs was recently completed successfully, resulting in the harmonisation of program structures and examination regulations and the introduction of exceptional quality standards cross-cutting areas such as internationalisation, advice, and supervision, and equal opportunities.

In Germany, the Goethe Institution is a large European institution that provides undergraduate and graduate degrees in almost every subject of study. Goethe University provides around 200-degree programs in 16 faculties at three prominent campus locations in Frankfurt am Main. Goethe University is a private, non-profit institution founded in 1848.

Courses range from African Language Studies to Zoology at the college, which offers various options. Approximately 200 undergraduate and graduate degree programs are available in Frankfurt, spread over 16 academic institutions. With the help of affluent individuals and other citizens, Goethe University was founded in 1914 as a one-of-a-kind “citizens’ university” in Frankfurt, Germany. With around 48,000 students, the school, created in 1932 and named after one of the city’s most prominent natives, Johann Wolfgang von Goethe, has grown significantly over the years.

The University of Duisburg-Essen (UDE), situated in the heart of the Ruhr metropolis, is one of Germany’s newest and most prominent universities. The courses cover it all (including medicine) from humanities and social sciences to economics and business studies to engineering and scientific sciences, courses cover it (including medication). It’s also well-known among scientists throughout the globe.

Nanosciences, biomedical sciences, urban systems, and contemporary societal change are four cross-departmental key study topics at the UDE. Nearly 43,000 students from more than 130 countries are enrolled in more than 230 different programs at the UDE. A fundamental purpose of UDE’s diversity management program is to provide equal opportunities for young people from non-academic backgrounds.

han 10% of Humboldt University’s student population comprises international students. If you’re looking for a historically renowned German university, go further than Humboldt University in Berlin, and it was ranked 117th globally in the QS Globe University Rankings for 2021. The Humboldt Institution is a challenging research institution where you may study with world-renowned specialists in scientific history, quantitative economics, and climate and sustainability research. Students interested in scientific research are encouraged to apply.

Since Frederick the Great’s reign, the Technische Universität Berlin and its predecessor institutions have had their origins in research and education. Several prominent educational facilities of the Prussian State were included in this group. These included the Royal Mining Academy (formed in 1770), the Königliche Royal Building Academy (created by Frederick II in 1799), and the Royal Trade Academy (founded by Frederick II in 1827).

The underpinnings of such scientific breakthroughs include basic research in the natural science disciplines of chemistry and physics, mathematics, and highly innovation-oriented research in electrical engineering and computer sciences, for example.

What led to Aachen becoming the institution that it is today? There are around 40,000 students at this renowned institution, which has a remarkable reputation in both research and industry. Allow yourself to be transported back in time to the beginning of Aachen’s history. The University Archives has assembled photographs and documents from its collections and other sources to highlight the history of Aachen.

It has 42,705 students across all degree programs, with 32 percent being international students due to its 15 different faculties. This university employs 566 professors who give students the high-quality education they need to excel in their chosen area. Over 160 worldwide connections, including famous colleges such as MIT, Stanford, Cornell, and Georgia Tech, have resulted from the university’s expertise in research and engineering. Throughout addition, the institution maintains excellent ties in Europe and Asia.

After receiving a papal brief from Pius, Duke Ludwig IX (the Wealthy) of Bavaria-Landshut established the first university in the Bavarian heartlands (Altbayern) at Ingolstadt II. The school (die Hohe Schule zu Ingolstadt) had accepted its first pupils in March of that year, but the actual opening took place on June 26, 1472.

The humanities and cultural sciences, law, economics, social sciences, and medical and natural sciences are all represented at LMU Munich. The University is organised into 18 faculties and has one of the best library systems in Germany. LMU’s academic programs emphasise creative thinking, problem-solving, and research. With 2,300 beds, its Medical Centre is Germany’s most prominent and most significant institution of its type, second only to Berlin’s Charité.

As a result of the closure of the University Unter den Linden, which was located at the time in the Soviet sector of Berlin’s divided city, a group of professors and students formed the Freie Universität Berlin in response to the persecution of students who expressed critical views of the system at the time. Worldwide support for establishing a free university, including financial help, was enthusiastically embraced by the international community.

The Freie Universität Berlin (FU Berlin), as it is called in the local language, comprises 12 academic departments. There are departments of Biology, Earth Science, History, Law, Business & Economics, Mathematics, and Education, and departments of Philosophy, Physics, Political & Social Science, and Veterinary Medicine included in this list. There’s also a medical school there, which is shared with Charite.