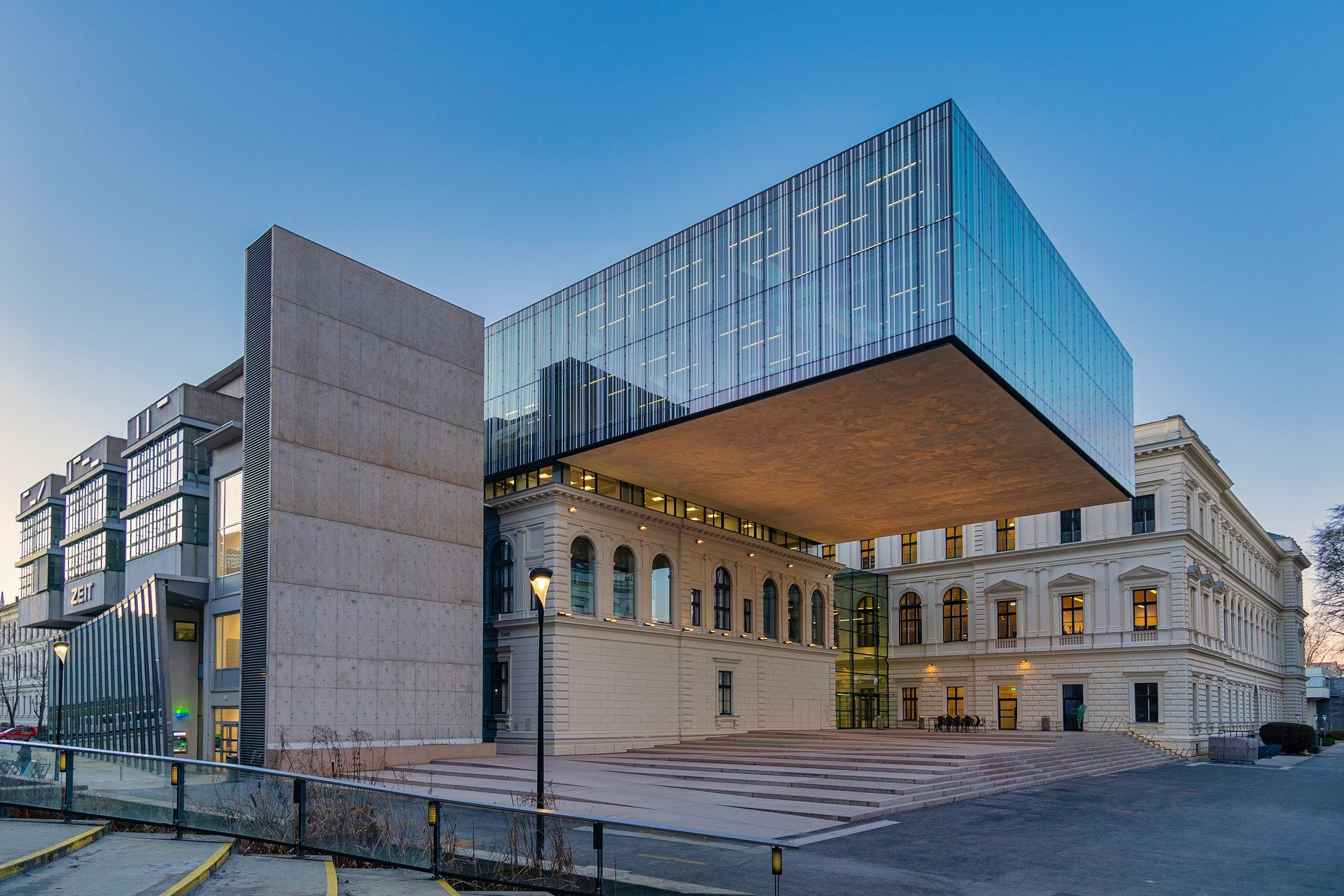 Europe offers unparalleled diversity in culture. The sheer number of countries and their long histories make travel across the region very rewarding, especially for students, but it also poses a significant problem.

With so many different universities and educational systems, how do you compare studies completed in different regions? This is why the European Credit Transfer and Accumulation System (ECTS) was established, to make it easier to transfer credit and improve consistency in education right across Europe.

What Is the ECTS?

The ECTS makes studying abroad more consistent and accessible to international students by providing a framework that compares the value of any previously completed studies at other universities within the European Higher Education Area (EHEA). It provides the means for students to travel or transfer between different educational institutes during their study without potentially losing progress or grades towards their coursework.

The ECTS is mainly used for comparing higher education between two different countries, but the system is also an important tool for measuring educational progress when transferring between two universities in the same country. Without the ECTS, it would be harder to transfer grades and the amount of time spent towards a degree.

Even educational institutions in the same country can have greatly varying curriculums and requirements. A standardized system helps to provide a way to allow all these varying structures to coexist without impacting student mobility.

History of the ECTS

The ECTS has had a long history of over 30 years. It was initially implemented on a smaller scale in 1989 to make education more accessible and represents the first time that a system of standardization was ever attempted anywhere in the world.

The ECTS has continued to evolve since its first execution and the version that is in use today came into existence following the Bologna Process that sought to improve educational mobility. Parts of the ECTS, like its defunct grading scale, continue to be improved and the whole system is designed to grow and change in a way that reflects the educational needs of the present time.

The modern system aims to enhance and further the pursuit of student-centred learning and this is the style of teaching that is prevalent throughout much of the European Union as a result.

How Does the ECTS Work?

If you are considering studying abroad in Europe, it’s important to understand how the ECTS works because you’ll need to use it to transfer your studies between universities during your travels. The ECTS evaluates your progress in a degree through the use of credits. These credits provide a standardized view of how much study is needed to complete a particular course or module.

Generally, the total amount of credits you need to complete a degree entirely is dependent on what the degree is. A whole year of study is equivalent to 60 credits and your typical study could include:

It is important to note that while a year of full-time study is worth 60 ECTS credits regardless of location, the total number of hours of completed study varies between countries and courses. A whole year of education towards your degree can require anywhere from 1500–1800 hours to complete depending on where you choose to study.

Workload and Study Hours by Country

A full-time workload will always accumulate 60 credits in a year regardless of what country you are enrolled in. It is important to meet this requirement by attending all your lectures, classes, and other commitments. The number of hours required to do this does vary by country and you need to be aware of this when transferring as your new university may require a greater time commitment.

Some countries, like the United Kingdom, have a vastly different time expectation but this can still be converted using the ECTS. England, Wales, Scotland, and part of Ireland consider the completion of 20 hours of study to be equivalent to one ECTS credit.

A bachelor’s degree is the most easily represented form of study in the ECTS because the duration of study is usually uniform. The same degree at different universities will generally be completed in the same number of years.

There are some exceptions to this both in Europe and globally, however. A bachelor’s degree with honours like those available in Australia and Canada doesn’t fit properly into the system as many universities in Europe don’t have an equivalent degree.

Situations like this need to be treated on a case-by-case basis and you will need to enquire about your study with the transferring university if you’re thinking about continuing an honours degree in Europe.

The system also is not as easily applied to PhD studies because these programs vary significantly in terms of how many hours you will need to study to complete the entire program. While ECTS credits cannot be used as the sole method of transferring doctoral progress between institutes, they can, however, still be used as a means of applying to these programs.

Credits provide an easy way to see how many hours of study you need to meet subject-knowledge prerequisites and apply for doctoral study. They are also an effective means to determine if you meet the requirements in a different country to where you completed your bachelor’s or master’s degree.

The ECTS does not just apply to whole degrees. It can also be used to assign a value to individual portions of a course, or even standalone units and modules that are not part of a whole course. When used for this purpose, the ECTS applies credits based on the proportionate time taken.

The credits accumulated from smaller portions of coursework reflect the same value as they would if given for progress in a degree.

Accumulation and Transfer of Credits

ECTS credits accumulate during your study based on the number of hours you complete, proportionate to your whole degree. Each credit is equal to 25–30 hours of coursework depending on which country you are studying in.

It is for this reason that the amount of credits you have reflects your progress in a course and one ECTS credit will always equate to the same proportion of completion regardless of which university or country you study in. Transferring between institutions becomes as simple as comparing your progress and grades using the ECTS.

The ECTS can standardize grades between different universities. This is another important aspect of being able to transfer your study between institutes successfully and it would be much more difficult without the ECTS to streamline the process. It is important to understand how it works though so that you know what will happen to your grades if you transfer in the middle of a course or need to have completed study evaluated as part of an application for postgraduate study.

Likewise, it is also possible to use the ECTS to transfer grades from a static performance grading system to a relative grading system like the one used by the United States. This is achieved by using the ECTS grading table as a conversion method.

Although the grading table is a valuable method for calculating grade equivalency it is not perfect and no two university grading systems are entirely compatible. There is always going to be a small amount of variance that the individual university will decide how to handle when it awards you your ECTS grade.

Most institutions will list several grades on your transcript to give more transparency. The local grade you have received will be listed in addition to the grade from your previous university and your ECTS grade. This combination of grades provides other universities with a better understanding of your grades if you transfer again or choose to pursue further learning after you complete your current course.

Be aware that while the ECTS grading system is useful as part of an academic transcript it cannot replace the need for other methods of grading yet because the system still has too many flaws. Therefore universities include it in transcripts but still allocate their own local grades. The ECTS grade serves as another statistic to develop a good understanding of your performance as a student.

What Countries Does the ECTS Apply To?

There are 48 countries with membership in the EHEA and these are the European countries that use the ECTS. You can choose to study in any university within a country that is a member of the EHEA and be able to transfer your coursework to another institution with relatively little disruption.

However, the ECTS does not act as a way to bridge education across Europe only and there are important benefits of the system that apply to other countries outside the continent too.

Although the main purpose of the ECTS is to make education more accessible across Europe, the credits that you gain towards your coursework can also be used to transfer into equivalent courses in countries outside Europe like the United States or China. The equivalent rate of ECTS varies depending on which country and university you are intending on transferring to.

Some countries like the United States have a fairly uniform ratio of two ECTS credits being worth one U.S. credit. Other countries like Australia have a much greater variance because individual universities can use widely different credit systems. The ECTS can apply to most higher education across the world but you’ll need to learn about the particular university you want to transfer into in many cases before you can use it to achieve a smooth transfer between institutions.

While the transfer of most courses should be straightforward unless you are engaged in highly specialized postgraduate or doctoral study, some courses simply aren’t available in all countries. This can increase the difficulty involved in transferring your study to a new university but the ECTS can still be used to calculate the amount of experience you have that is relevant to a related course if necessary.

Other Benefits of the ECTS

The ECTS was envisioned as a tool to not only standardize education and improve student completion but also to reward education of all forms and increase the proportion of people who choose to engage in lifelong learning. It achieves this by also awarding credits for equivalent degree completion that occurs in other forms, like through experience in a workplace.

Students can use the ECTS to study standalone units without working towards a whole degree and this serves to further improve a lifelong learning outcome. There are also several other benefits of the ECTS credit points system including:

If you want to know more about the ECTS and how it applies to your own study, there are several methods to do this:

Understanding the ECTS and how it affects your study abroad is crucial to getting the most out of your experience as a student. It will help to take the stress out of transferring and traveling and allow you to focus on finishing your degree while exploring all the sites and experiences that Europe has to offer.