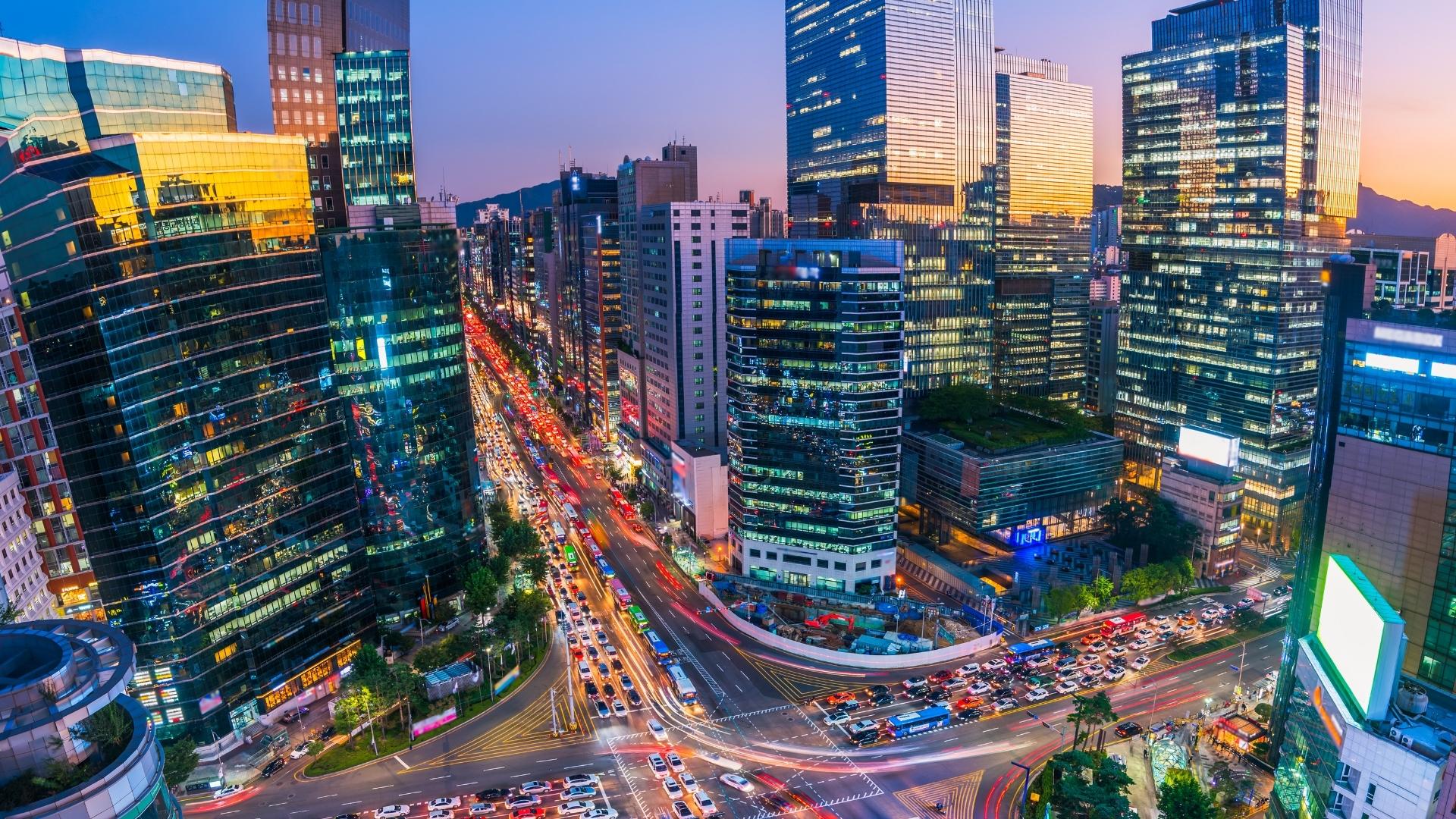 While South Korea is most recognized for its high-tech city and subtropical islands, it also boasts a rich cultural past that you should not overlook. A long and rich history has resulted in an abundance of traditions, which may be seen in folk performances and at various cultural heritage sites. Korea is well-known for having technological behemoths such as Samsung and car industry behemoths such as Hyundai and other notable companies. Even after decades, Korean popular culture continues to have a significant effect on the rest of the world, influencing everything from music to fashion to new culinary concepts.

Despite its political unrest, the Republic of Korea has established itself as a prominent participant in the digital technology sector. The government has also achieved significant advancements in medical technology and medical tourism, to name a few examples.

Situated between skyscrapers of impressive height, South Korea is a modern nation with cultural treasures interspersed among its modern architecture. China, an East Asian country that is a beautiful mix of the old and the contemporary, is often regarded as having an exceptionally high degree of educational opportunity for its citizens. After all, some of the country’s educational institutions are regarded as among the best globally, making sense.

Because of its uniqueness, South Korea is an ideal alternative for overseas students seeking a world-class education in a culturally diverse environment. Looking at the most significant foreign institutions in Korea, as ranked by international students, here are the top best Korean universities.

The best Korean universities for international students in 2022 are:

For many reasons, Korea is one of the most popular study destinations in Asia, if not the whole world, for international students. Korean universities have consistently performed well in the Times Higher Education World University Rankings, with seven institutions placing in the top 200 in the most current rankings, released in January. There are many different options for studying in Korea for international students, including Korean language courses, study-abroad semesters, and full-time degree programs. The vast majority of these courses are taught in Korean, although an increasing number are taught in English.

KAIST, a Daejeon-based university, was placed first in the new QS South Korea Institution Rankings. KAIST is a public research university with a little over 10,000 students, and it was founded as the nation’s first research-led science and engineering school. The QS World University Rankings placed 40th and third in the QS Top 50 Under 50, a ranking of the world’s best universities for students under the age of 50. The STEM fields (science, technology, engineering, and mathematics) account for most of KAIST’s programs, and the institution is listed in the top 100 universities in the world in 13 subjects.

This premier Korean institution consists of five colleges, seven schools, and thirteen graduate schools, intending to produce worldwide value. KAIST is a multi-ethnic Korean university that accepts over 600 international students each year. Furthermore, almost 80% of classes are offered in English.

Pohang Institution of Science and Technology is a private research institution founded by the Korean steel company POSCO. POSTECH has developed quickly and steadily in worldwide university rankings, notably in science and technology, as a young school. It teaches specialized engineers via 11 Sci-Tech departments and 73 research centers. POSTECH’s cutting-edge facilities include the Pohang Accelerator Laboratory and the country’s first synchrotron radiation facility.

Even though it was founded in 1986, Times Higher Education named it the best university under 50. (2012 to 2014). Admission at POSTECH, like other South Korean colleges, is very competitive. However, the institution has expanded its international graduate student pool by offering full-tuition fellowships as part of its recruiting efforts. All overseas graduate students are eligible for a $1,500 one-time settling award during the first semester.

Yonsei University is the Y in the famous SKY institutions of South Korea. While it dates back to 1885, it was only legally established in 1957 when Yonhi College and the Severance Union Medical College merged. Undergraduate programs in Liberal Arts, Commerce, Business, Engineering, Life Science, Theology, Social Science, Law, Music, Human Ecology, Education, Medicine, Dentistry, Nursing, and Pharmacy are available at Korea’s premier institution for overseas students.

Seoul National Institution (SNU) is Korea’s leading institution for international students. Since its foundation in 1946, SNU has set the standard for academic achievement in Korea. It is a member of the prestigious SKY universities, one of its most prestigious educational institutions. It comprises sixteen schools that provide courses in everything from the arts to medicine to engineering and everything in between.

Its professional graduate schools offer hands-on instruction in various topics, including data science and public administration. More than 700 English courses are provided each year, and the number is expanding. SNU is also recognized for doing cutting-edge research, notably in engineering and natural sciences.

Sungkyunkwan Institution, or SKKU, is a private university founded by royal decree in 1398 under the Joseon Dynasty. The university in South Korea is split into two campuses: one in Seoul for humanities and social sciences and another in Suwon, about 28 miles outside of Seoul, for natural sciences. Domestic and international students are charged the same tuition, which varies according to the academic subject. International students can apply for scholarships, such as SKKU merit prizes, which are based on a student’s GPA. University housing is available on both campuses for undergraduate and graduate students.

Korea University is one of the country’s ancientest institutions of higher learning. It offers high-quality education in nearly all subject disciplines via its 81 academic divisions. The university’s legal, medical, and business programs are incredibly well-known. In current subject rankings, KU ranked first in Social Sciences & Management, Natural Sciences, and Engineering & Technology. Humanitarian elements are also woven throughout all of KU’s academic endeavors.

KU is one of Korea’s most prestigious SKY universities. Korea University already has about 4000 international students, and the number is growing. Greater worldwide cooperation is fostered by the newly founded Graduate School of International Studies.

Korea University is a private university in Seoul, South Korea, regarded among the best in the country. It is the K in the SKY – the abbreviation given to three of the country’s most distinguished universities – founded in 1905. It was the country’s first university to provide law, journalism, and economics studies, making it a genuine educational pioneer.

Hanyang has a background in engineering and other relevant subjects. Aside from that, courses in medical, humanities, policy, economics, business, education, music, performing arts, music, nursing, and international studies are available at the university’s Seoul campus. The ERICA Campus, on the other hand, provides engineering, pharmacy, science, language, communication, business, design, sports and arts, and advertising programs.

The Kyung Sung Humanities Institute, previously known as Sejong Institution, is a private institution in Seoul, South Korea. It was renamed to honor Sejong the Great’s contributions to the establishment of Hangul, the Korean alphabet. SJU is well-known in the area of hospitality and tourism management. Animation, dance, and rhythmic gymnastics are additional highlights of the institution. It is made up of nine colleges that provide courses in liberal arts, electronics, information engineering, and biological sciences.

Ulsan National Institute of Scientific and Technology is a research university dedicated to science and technology. They formed this prestigious institution in 2007 in response to the rising need for professionals in Ulsan, Korea’s industrial powerhouse. The institution has established a global reputation in various fields in a short period.

The University of New South Wales (UNIST) contains 13 scientific and engineering departments, a business school, and four graduate specialist schools. Modern materials and next-generation energy are the institute’s current research emphases. The university’s undergraduate schools provide programs in a range of engineering disciplines and Life Science, Natural Science, and Business Administration, among others.

Kyung Hee University was founded as a private educational institution in 1949. It has campuses in Seoul and Suwon and is considered one of Korea’s best colleges for international students. A few of the subjects covered by the university’s undergraduate schools include law and politics, management, dentistry, medicine, pharmacy, nursing, fine arts, engineering, international studies, foreign languages, physical education, and music and theater are the most famous courses.

Kyung Hee University, one of Korea’s finest institutions for international students, is part of a more extensive educational system that spans kindergarten through graduate school. The College of Medicine at KHU is a leader in traditional Korean medicine and other Asian medical techniques. KHU’s Department of Physical Education is Korea’s premier center for physical education, sports medicine, coaching, and Taekwondo. The university’s highest-ranking curriculum is Hospitality and Leisure Management.