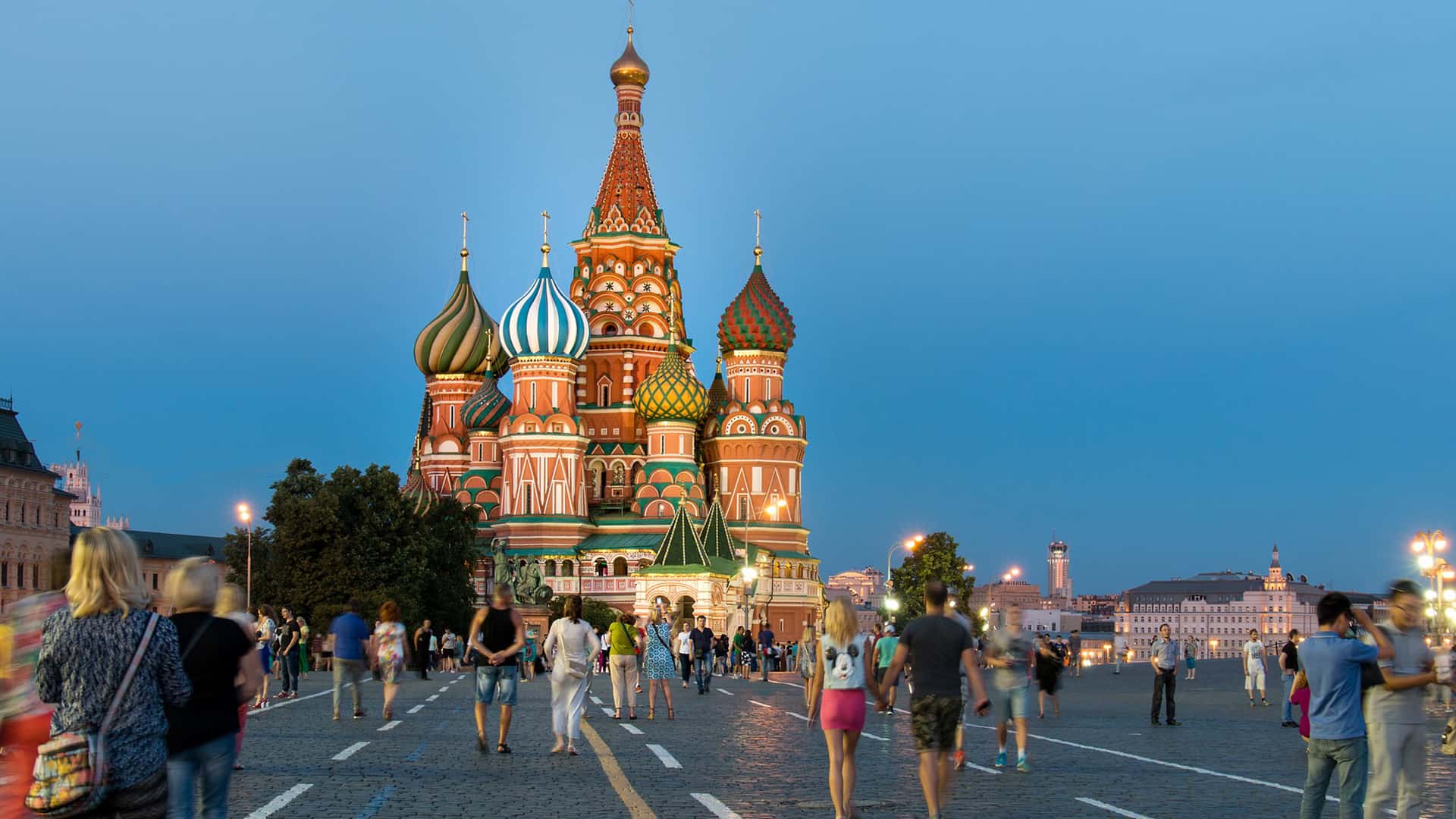 Russia is the world’s largest country, spanning over eleven times zones and it has a century-long history of developing world-class education, especially for international students. Russia’s universities lead the world in many of the hard sciences, especially physics and mathematics. Students studying in Russia can spend their entire time getting to know the vast Russian countryside, the deep Russian culture and the warm hospitality of Russian friends.

The modern cosmopolitan nation of Russia shares borders at either end with Norway and North Korea. There are 28 World Heritage sites in Russia, with another 24 under consideration by UNESCO. International students often live in and around the principal western cities in Russia, Moscow and St. Petersburg, though many more split their time with eastern cities such as Irkutsk and Vladivostok.

In the 2016/2017 academic year, Russia had nearly 4 million students, out of a total population of 144 million citizens, enrolled in higher education. At least 244,000 of these are international students who participate in at least 500 English-taught programs. Asian countries make up 17.6 percent of Russia’s foreign-born student body, most of them from China, India and Vietnam. Another 19 percent of international students come from Africa and the Middle East, where Iraq, Morocco, Syria, Egypt, Nigeria and Ghana made up the majority of donor nations in those regions. Latin America is the fastest-growing contributor of students to Russian universities, with over 4,000 new students enrolling in the 2018-2019 academic year, mostly from Ecuador, Colombia and Brazil.

There are over 800 Universities in Russia, of which around 500 are public state Universities and 300 private. Many higher education institutions are renowned for top quality education, including:

Study in Russia in English

Even if you do not speak Russian or only very basic, you can still study in Russia as there are several English-taught programs at all levels. There are also programs taught in Chinese, French, Spanish and German. You can search for programs at Russian Universities that are taught in English on the official Study in Russia website.

Average tuition fees in Russia, range from 2,000 EUR to 5,000 EUR per academic year. Every year, the Russian government also funds tuition fees for 15,000 students, allowing them to study for free. Students can apply via the state agency Rossotrudnichestvo.

Scholarships to Study in Russia

The Russian government offers state-funded spots specifically for international students to study at Universities across the country. Around 15,000 such spots were granted to international students in 2018. These government scholarships cover tuition fees for the duration of studies as well as a maintenance allowance of around 20 Euros per month and if available even accommodation in a dormitory. The official government website Studyinrussia.ru provides instructions on applying for such scholarship places.

Costs of Living in Russia

Most internships in Russia are unpaid with only very few offering a base salary. The most popular internships tend to be in international companies covering files such as marketing, accounting and finance. The hospitality industry is also a popular one when it comes to internships.

Applying for a Student Visa to Study in Russia

In order to study in Russia, you will need to apply for a student visa, which can take around 3 to 5 weeks. You will need to prove acceptance at a University, have a certificate to show negative HIV, proof of funds to cover the period of your studies.