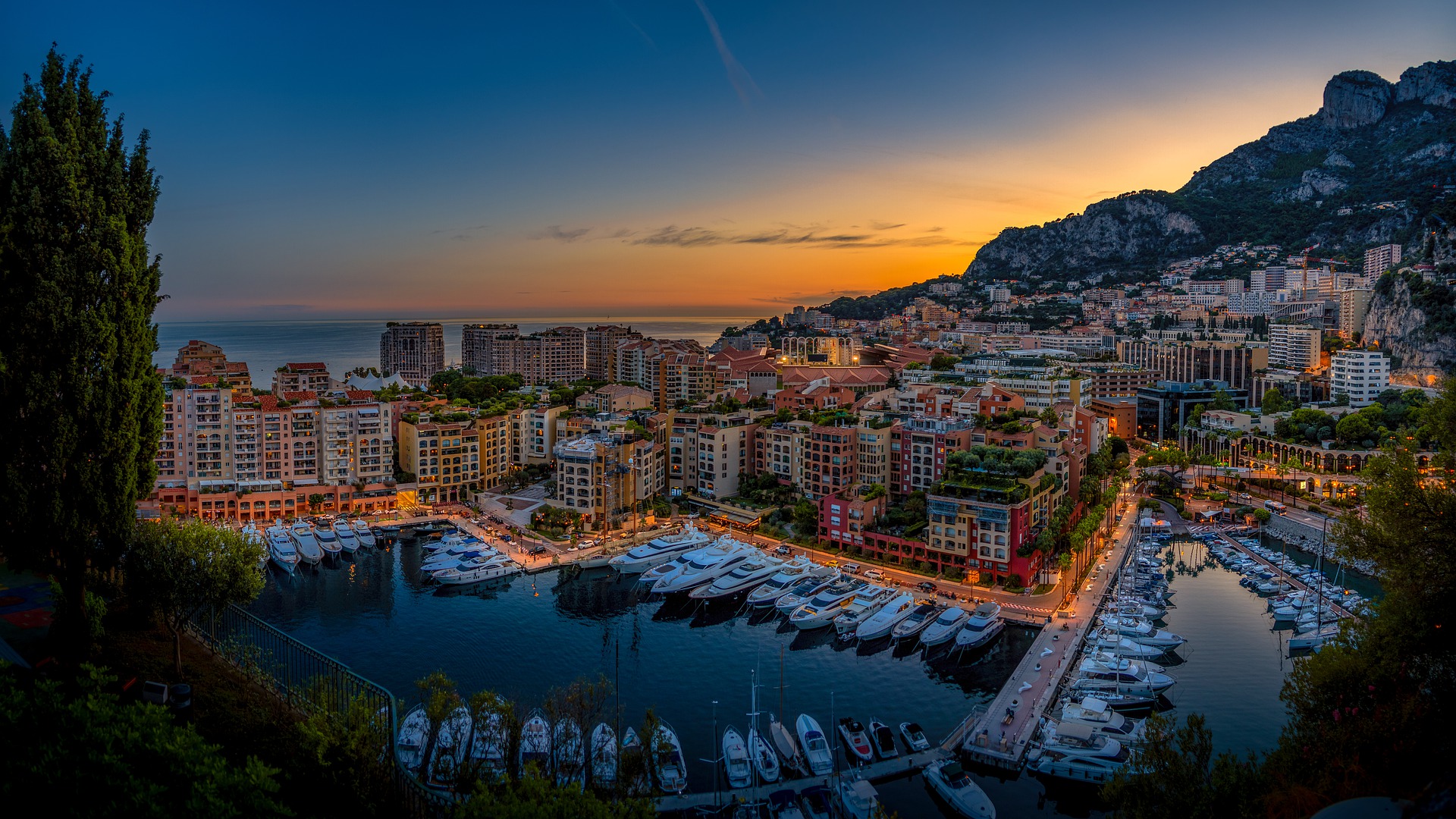 Monaco – known officially as the Principality of Monaco – is the most densely populated sovereign state in the world, with a population density approaching 20,000 people per square kilometre. It is located on the French Riviera Mediterranean Sea, bordered by France on three sides. It’s also only about 15 kilometres from France’s border with Italy. At just over two kilometres square, it is the second-smallest country after the Vatican. By reclaiming land from the Mediterranean, Monaco’s has expanded its land mass by 20 percent.

Though French is the official language most locals also speak and understand Monégasque – a minority Romance language – as well as Italian and English. Monaco was officially recognised as a state in 1861 and became a full voting member in the United Nations in 1993. Though Monaco conducts a separate foreign policy and maintains its independence, France is officially responsible for its military defence.

One of the most well-known casinos, Monte Carlo, was the primary driver behind Monaco’s economic development in the latter part of the nineteenth century. The construction of a direct railway connection to Paris helped spur Monaco’s reputation as a playground for the ultra-rich, a reputation it maintains still. The Principality’s mild climate, rugged scenery, and its gambling facilities contributed to making it a tourist destination.

More recently, Monaco has become a major banking centre. It seeks to diversify its economy and service sector into industries that add high value. The fact the state has no income taxes and low taxes on businesses, has only added to its reputation as a tax haven. The Principality also hosts an annual motor race, the Monaco Grand Prix, one of the original Formula One races. Monaco also has a football club, AS Monaco, who have won the French football championships on multiple occasions.

Though not formally a part of the European Union, Monaco participates in certain EU regulations and policies, including those involving border controls and customs. It uses the euro as its currency, and even joined the Council of Europe in 2004. The country is additionally part of the Organisation Internationale de la Francophonie, an international club for French-speaking countries.

For students choosing to study in the Principality of Monaco, getting there is the first hurdle. The nearest airport is in Nice, 40 kilometres away in neighbouring France. Rapide Cote D’Azur buses regularly connect Monte Carlo with Nice’s airport. Taxis are notorious for overcharging, so agreeing on a fee beforehand is advisable. For those traveling within the European Union, trains from neighbouring France or Italy arrive between two to four times per hour, depending on the time of day.

Monaco is a very safe and nearly crime-free city, with a strong police presence. It has one police officer per one hundred residents, in fact. Public spaces have security cameras, and any sort of disorder is met by immediate reaction by the police force.

The best way to get around is walking. Monaco is just over two square kilometres, a true microstate. Changes in elevation, however, make getting around strenuous. Seven public escalators and elevators allow for easier negotiation of the terrain. There is additionally a ferry that runs three times per hour during daylight, to get to the opposite bank of Port Hercule. Monaco additionally has an urban bus service that operates into the evening.

Known as Université internationale de Monaco in French, the official language of the Principality, it offers undergraduate and graduate degrees in business. The university offers Bachelor, Master, MBA, and Doctoral Programs in finance, marketing, luxury and international business, and sport business management, all of which are taught in English.

The university educates business leaders from around the world. Offering small classes, the school’s intimate setting provides a cross-cultural environment for students. It concentrates on developing entrepreneurs amid its student body, promoting collaborative work among students, faculty, and staff.

IUM offers varying fees for its different programs, depending on the field of study, year in undergraduate program, and the student’s course of study.

The various levels of tuition required at the university are as follows:

Fees may vary, as some are listed for the 2019-2020 academic year, while others are for 2020-2021. Additional fees may apply for student associations and other incidentals.

Scholarships to Study in Monaco

The following scholarships and grants are available to those attending university in Monaco:

Additional financial aid and scholarships may be available to students from their home countries.

Cost Of Living in Monaco

Monaco is a very expensive place to live for students, as it has historically attracted high income tourists from around the world. It is fitting therefore that the local university also offers coursework in luxury management in this posh environment.

The food tends to be of the highest quality, with many fine restaurants throughout Monaco, especially along the Winter months tend to be better for those seeking less expensive meals out, when tourists are fewer in number.

For students on a budget, Monaco is not the best place. Long term accommodation for a tiny flat can easily be €3000 per month. That is why most university students choose to live in France, where costs are a fraction – €600 to €900 monthly in neighboring areas in France – of what they would be in the Principality. Ventimiglia, a sea-side town on the Italian border, is only a half hour away via train. For those attending a short course during the winter months, however, you can find a two-star hotel for €20 per person per night, a third of the cost during season.

Principality of Monaco offers internships specific to the banking industry through an association with the International University of Monaco. It offers a Bachelor’s degree level vocational training diploma in banking, something unique to the Principality. This qualification’s curriculum deals with Monaco’s banking sector, which is unsurprising, as part of the course content was developed by industry professionals. This gives interns a working knowledge of Monaco’s banking system that allows them to integrate quickly and easily into a job or career in the Principality’s banking sector.

UIM also sponsors an International Business Days conference, which brings together top executives and human resources managers from a variety of international companies. They discuss their companies’ challenges, how they source the best talent, and specific trends in the main job markets in the fields students at UIM study:

Attendees immerse themselves in lectures involving Monaco’s economy and job market, reviewing legal constraints, work permits and visas for job seekers, and how to set up businesses in the Principality.

For those who grew up in or near Monaco, the Principality offers apprenticeships for young adults between the ages of 16 and 26 through the Youth Employment Unit, which helps assimilate young people into the local economy. This program is relevant to those studying for a Bachelor degree, however, so for those who do have a close connection to Monaco, this program can offer a path to employment.

Working While Studying in Monaco

All foreign nationals who wish to work legally in Monaco must obtain a work permit before they take up any job. Should workers change position or employer, a new work permit is needed as well.

Employers in the Principality are required to help their employees obtain a work permit. Under Monaco’s laws, local people have priority when it comes to job openings. Employers first need to contact the Service de l’Emploi, who attempt to find employees from Monaco or surrounding areas. If, after four days, a job candidate cannot be found, the employer may then propose a job candidate of its own.

Applying For A Student Visa To Study in Monaco

For students, visas are required if studying for longer than 90 days. This also applies to residents of the European Union.