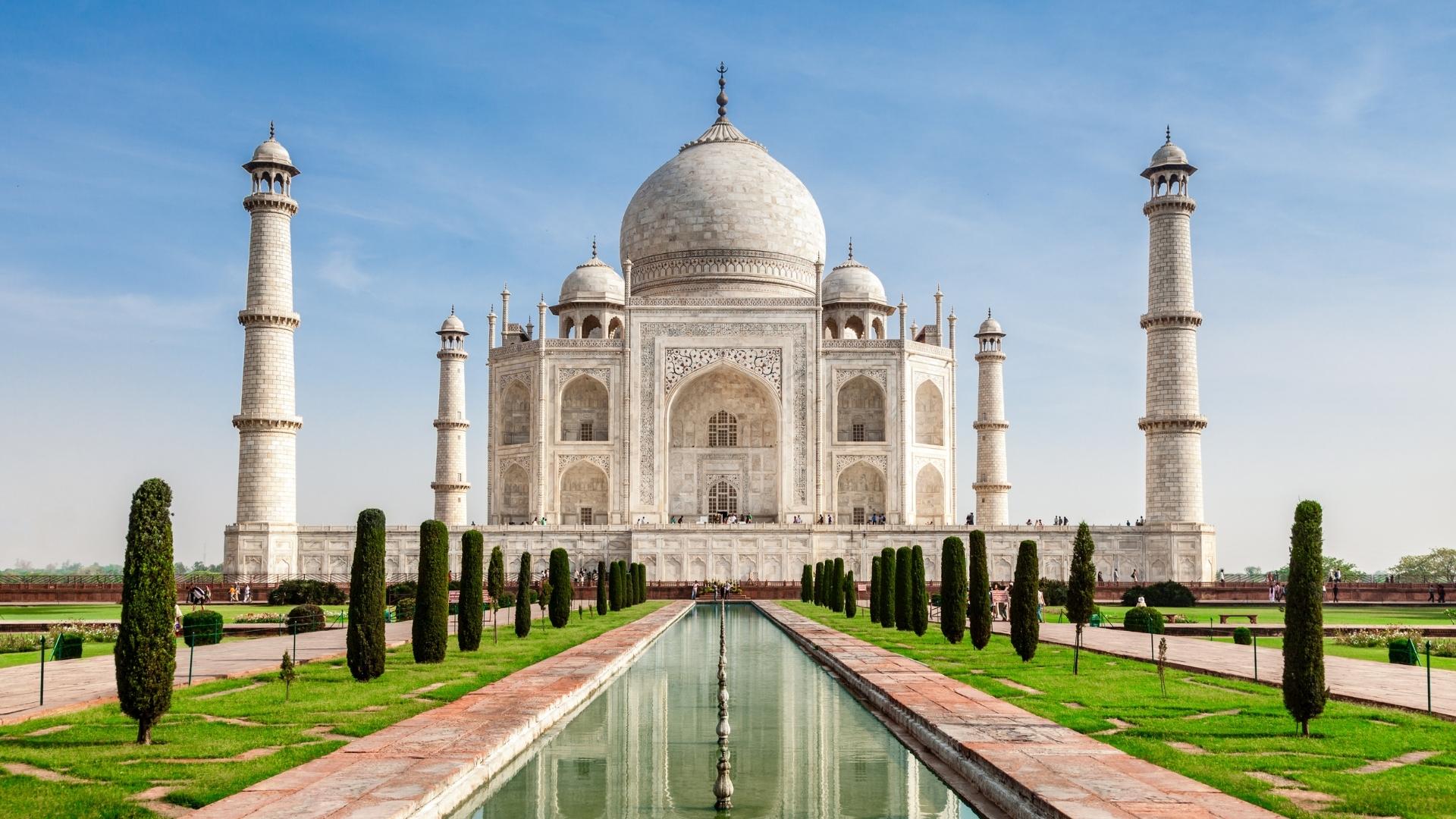 Everything about India is massive. With a population of more than a billion people, sprawling cities, and a vast expanse of land, India is clearly a subcontinent. There are many communities, dialects, and faiths in India. The Taj-Mahal and the Golden Temple are two of the world’s most recognisable landmarks that may be found in the country of India.

It is also because of India’s colonial history that English is so widely spoken. The majority of Indians are fluent in Hindi and English, as well as one or more of the many regional and minority languages spoken in the country.

One of the most intriguing aspects of studying abroad in India is that it is a developing country. In spite of the country’s rapid technological advancements, India remains a developing country plagued by poverty and social concerns. Middle-class incomes in India are rising, and poverty and early death rates are decreasing as a result of this growth. As a result, people’s average lifespans are lengthening.

India’s education system is based on that of the United Kingdom. Nevertheless, as India’s role and position in the globe has evolved and grown, so has the education system. There has been a tremendous growth in Indian higher education. More than a thousand schools in India are currently recognised as such. It’s estimated that about 50 of them are known over the world. The National Institute Ranking Framework accredits and ranks all academic institutions in the country (NIRF).

This century has seen a sea change in Indian higher education. As a result, it’s no longer considered acceptable and is now strictly regulated. So, some of India’s best institutions are now on a level with American institutions when it comes to certain academic subjects.

In India, English courses are widely available and cover a wide range of topics. The vast majority of Indian academics can communicate fluently in English. Many educational institutions provide students with the option of choosing between two identical courses, one taught in English and the other in Hindi. However, English is becoming more and more prevalent in Indian university classes.

You’ll probably be pushed to acquire at least the basics of Hindi throughout your time in an Indian school because it is more common than English in everyday life.

Some of the best Indian universities not only provide students with academic opportunities, but also a platform for professors and experts from around the world to come together and share their knowledge and experiences with the students, so that they can better prepare them for their future careers.

International students will be able to pursue programmes in Engineering, Management, Information Technology, Law, Arts, Commerce, and Science at some of India’s most prestigious universities. Students in India have a plethora of options when it comes to higher education institutions, thanks to the country’s almost 900 universities.

Most Indian institutions charge between $3,300 and $7,800 every academic year, irrespective of the degree of education they provide. Higher-demanding degrees like medical and engineering tend to be more expensive because they require a lot of time and resources to complete. A monthly stipend of at least 25,000INR ($340) is provided to PhD students, who are normally not paid but are eligible for financial aid.

The Study in India Scholarship is the most coveted of these. The prize is renewable for up to five academic years and provides a free ride for the recipient. The cost of living is capped, although it is a high cap. Free Hindi classes are also included as part of the scholarship, providing you a strong foothold in the second-largest labour market in the world. Unfortunately, Pakistani citizens are not eligible for this scholarship.

COST OF LIVING IN INDIA

According to a UNESCO survey, India is one of the most cost-effective countries for foreign students to study abroad. Compared to other countries, the cost of living here is extremely low. Many prestigious universities in India provide on-campus housing for its students. However, some colleges and institutions do not have this option available to them. When it comes to housing, a student has the option of renting a private hostel room (with or without food service), renting a room on his own, or renting a serviced apartment. There are numerous advantages to each form of housing that a student can take advantage of. For $160, a student can have a comfortable month-long stay. So $1850 a year would be plenty to keep the student happy, safe, and comfortable.

Living expenses (in US dollars):

Compared to other developing countries and industrialised nations like the United States and the United Kingdom, India’s cost of higher education is extremely inexpensive. There has also been a dramatic shift in educational quality during the past decade.

The cost of living in India is on the rise, although it is still far less expensive than in the United States and many other developed countries. Many popular study abroad locations in the east, such as China, Japan, and South Korea, have higher living costs than India. As in other countries, the cost of living is higher in major cities like the capital and other major metropolises.

While Delhi is the capital, Mumbai is the most populous city. These two cities are the most common destinations for international students. New Delhi’s costs will be reflected in these prices because they both have a pretty similar cost of living level. Some typical costs (in Indian rupees and dollars):

Dorms are available at several of the major Indian schools. In India, these are referred to as halls of residence. If you live in a dorm, you may be paying for utilities like electricity, water, and even internet access. Depending on the type of room and location, halls of residence can cost anywhere from 51,300INR ($700) to 146,600INR ($2000) every academic year.

It costs an Indian household $2,620 a month on average to live in India. Rent is included in this total. As many locals do, you can save money on food by shopping at markets and from street vendors. If the price isn’t plainly marked, don’t be afraid to negotiate! This also gives you a better sense of India than if you were shopping in a supermarket.

India’s halls of residence are a popular choice for international students. This is easier because you must notify the authorities if you move. An expensive and time-consuming bureaucracy awaits. Private rooms with common kitchens are available in several halls of residence. In certain cases, students share a room with other students in a dormitory-style setting.

Students and young people often use internships and placements to gain experience in the workplace. As a general rule, internships are short-term opportunities for students to get experience in the workplace, whereas placements are more long-term and can lead to full-time employment with the organisation. Depending on where and what you’re studying, they may be required components of your curriculum. The bulk of internships are done in India, although a few are done abroad.

The application process for internships and placements in India is just like applying for a regular job. To land an internship, you’ll need to submit a resume and cover letter. The majority of the application process can be completed online via the company’s career website and an e-mail to the hiring manager. For tax and social-security purposes, you must notify your prospective employer when applying for an internship that you are currently enrolled in school.

There are a plethora of websites that provide details about available internship opportunities. The placement options offered by private companies can be found on their own websites. If you’re travelling to India from another nation, be sure to fill out an application before you arrive. In this time, you’ll be able to plan for needs like lodging, food, and transportation.

The following are some of the advantages of doing an internship or a placement:

The country is steadily rising the ranks of favoured study destinations, at least for students from Asian and African countries. Many international students come to India to study, but they also look for career possibilities while they’re there, as well as after they finish their studies.

APPLYING FOR A STUDENT VISA TO STUDY IN INDIA

In order to study in India, you’ll need a visa unless you’re from Bhutan or Nepal. The visa-exempt status is also applicable if you are an Overseas Citizen or a Person of Indian Origin, as they grant many of the same rights and privileges as full citizenship. Fortunately for the rest of us, India streamlines the process to the greatest extent possible.

An official letter of acceptance from an Indian school is required in the first place. Both Hindi and English versions are usually provided in schools. This programme is best suited to the English language. A minimum of six months is required for the course. Additionally, you’ll need to demonstrate how you can afford to live in India without working.

The Ministry of Health will also require a No Objection Certificate, which certifies that you are in good health. This is possible if you submit in your medical records in a timely manner. There are two options if you’re not from an English-speaking country: Hindi or English translations of your documents are required.

An official statement confirming you have no family members in India or any Indians residing elsewhere is also required. Then they must co-sponsor your student visa along with your college or university, if you have any.

Indian student visas are only good for five years at a time. Depending on your nationality, there is a cost ranging from $13 to $118. Your passport, not your nation of citizenship, is the only thing that matters. The charge for this service is typically paid in US dollars. Some countries do not recognise the Indian rupee. Visa centres, embassies, and consulates in India are increasingly accepting card payments as a method of payment.

Can I study in India for free?

According to the institution, the cost of a semester in India can range from $300 to $4,000 for international students. Depending on the type of scholarship that you may be eligible for in India, you may be able to study for free in the country.

Is India good place to study?

Students can choose from a wide range of subjects in India because of its diversity and history. In India, the educational landscape is as wide and varied as the country itself. Despite the difficulties of living in India, it is an economical and fulfilling experience for overseas students.

Which Indian city is best for study?

Mumbai and Kanpur are the best cities to study in India. One of India’s oldest and largest manufacturing centres, Kanpur is a city located in Uttar Pradesh in the country’s north.

Which is safest state in India?

Tamil Nadu in the south India is considered to the safest state to study in India. Chennai, the social hub of southern India, has been named the safest city in India in a recent survey.

Is India safe for students?

Yes, India is safe for students. Students can choose from a wide range of subjects in India because of its diversity and history. The educational landscape in India is as diverse as the country itself. Despite the difficulties of living in India, it is an economical and fulfilling experience for overseas students.