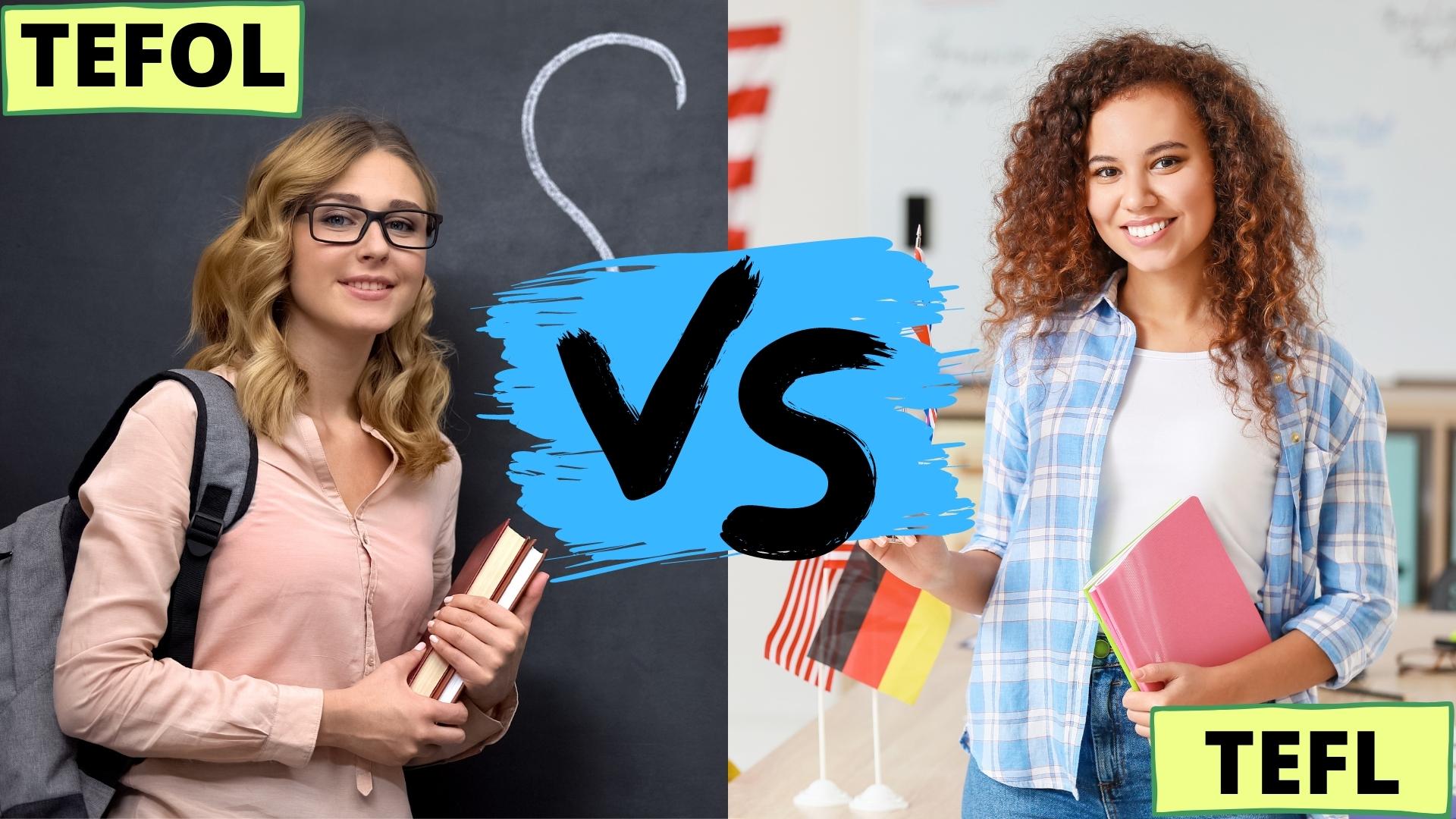 Which certification is better is a complex issue to answer. It’s safe to say that we’ve learned that TESL and TESOL are pretty similar, with slight differences in training structure and learners, throughout this argument. Which of the TEFL and TESOL certificates is the best option? The person’s ultimate purpose mainly determines it.

Teaching English as a second language in the United States is known as TESOL, but teaching English as a foreign language in another nation is TEFL. Nonetheless, the two names are sufficiently similar to be used interchangeably. If you wish to teach English in a family context in an English-speaking country, enroll in a TESL or TESOL course. Both of these techniques allow you to communicate English material successfully for academic purposes and everyday conversation.

TEFL / TESOL / TESL – WHAT IS THE DIFFERENCE?

Students may learn English as a foreign language via the TESOL, TEFL, and TESL programs. Independent institutes or universities are in charge of these programs. To indicate satisfactory completion of the program, the appropriate TESOL, TEFL, or TESL certificate is issued.

These programs are necessary for admission and act as prerequisites for graduation. Only the autonomous institution or the university may provide information on them. On the other hand, graduate programs are often longer than undergraduate ones.

English teacher training courses include TEFL, TESL, and TESOL. On the other hand, each of these credentials prepares educators for a particular sort of teaching environment. One style, of course, may be a better match for your international teaching objectives than another.

ESL: English as a Second Language.

English as a Second Language (ESL or TESL) is a term used to describe non-native speakers who study English in an English-speaking environment; it is also known as English for Speakers of Other Languages. That context might be a country where English is spoken as a first language or where English plays an important role. It is also known as English by speakers of other languages. English as a Second Language (ESL) also refers to particular language training approaches for those who do not speak English natively.

EFL: English as a Foreign Language.

Language learning in a foreign country is English Foreign Language (EFL). It is a phrase that refers to the study of English by non-native speakers in countries where English is not the primary language. This is not to be confused with English as a Second Language (also known as English as an Additional Language), which is the practice of studying English in a nation where most of the population speaks English as a first language.

Let’s take a look at the most popular certifications and understand their acronyms:

Instructors who complete TEFL courses can teach English to pupils from countries where English is not the native language. TEFL courses teach you to run a classroom of students learning English as a second language in a non-English speaking setting.

In non-native English-speaking countries across the globe, a TEFL degree is the most widely recognized kind of teaching certification. TESOL courses are less valuable than TEFL certification from recognized organizations like colleges and universities. The education systems of non-English speaking nations nearly invariably fit the TEFL criteria.

It is possible that earning a TESOL certification would be the ideal answer for people who are unsure about their future work goals after completing their degree. People interested in teaching English both at home and abroad may find TESOL an excellent location to begin their education.

A TESL qualification may assist instructors in finding employment in English-speaking nations such as the United Kingdom, Canada, the United States, and Australia. TESL is excellent training for teachers who want to advance their profession in their current home country.

Are TESOL and TEFL the same, or is there a difference?

There is a technical distinction between TEFL and TESOL training courses, even though the courses are similar and the acronyms are often used interchangeably in the industry. Generally speaking, speakers of English as a foreign language reside in a non-English speaking nation, which means they do not need to communicate in English daily and are often studying the language for vacation, business, or just as a pastime. However, this is not always the case. Speakers of English as a second language, on the other hand, live in a nation where English is the primary language, which means they must communicate in English regularly for work, socializing, shopping, and other activities.

The terms TEFL and TESOL are sometimes used interchangeably; however, TEFL is more typically used in the United Kingdom, and TESOL is more commonly used in Australia and the United States. As vital as it is to remember that while certain nations may prefer one abbreviation over another, it is crucial to remember that a TEFL certification and a TESOL certification are both precisely the same since the training required is the same.

The TEFL and the TESOL certifications will open up teaching career prospects for you that would otherwise be unavailable to the general public or non-certified teachers. While a TEFL or TESOL certificate will be respected in many situations, if you want to give yourself a leg up and establish yourself as an expert in the ESL game, a master’s degree makes a lot of sense. TEFL or TESOL certificates will be respected in many situations, but a master’s degree in ESL makes a lot of sense.

As soon as you’ve narrowed it down to these two certification possibilities, spend some time reading reviews and speaking with alumni to get the lowdown on the most exemplary teacher certification programs available. You’ll be on your way to teaching English in a foreign country in no time.